A guiding hand for overseas Doctors looking to work in Australia

Imagine you’re a doctor somewhere in the Northern Hemisphere and you’ve just landed your dream job in Australia. What do you do next? You celebrate, of course. You taunt your colleagues about the upcoming winter, promise you’ll write to your friends, start your round of goodbyes and put your junk on eBay…

Not so fast, in reality finding a job is only half the story

The truth is you can’t work as a doctor in Australia unless you’re fully registered, appropriately indemnified and have billing rights. You can’t even set foot in the country until you have the right work visa.

Bit of an anti-climax perhaps. But the mountain in front of you is worth climbing, though not one you want to climb without a guide. Many pitfalls await the uninitiated.

I was reminded of this recently when I spoke to Dr Pavlo Bilokopytov. Paul (he goes by this name for the benefit of us monolingual anglophones), recently completed his own set of Herculean tasks to make it to his new home in Nelson Bay, three hours north of Sydney, where Wavelength recently placed him as a GP.

“Paul knew from the get-go he wanted someone to guide him through the maze of migration and registration processes.”

Paul has never been daunted by barriers. Initially trained as a nurse in Ukraine, he subsequently trained as a doctor and then moved to the UK where he worked his way up through the GP training programme. 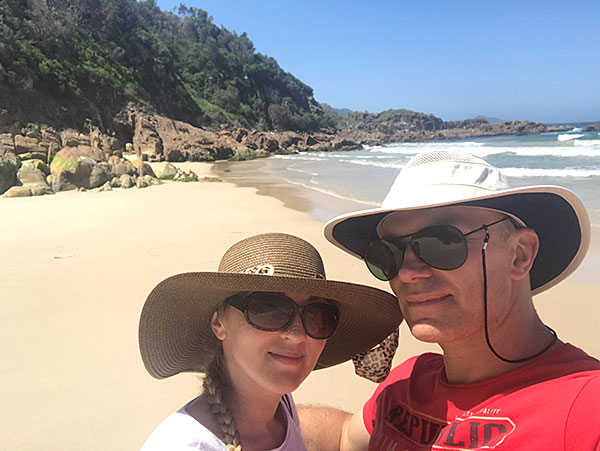 With his family all grown up, he decided to fulfil his lifelong dream of moving to Australia. I asked him how he heard of Wavelength. “I went to Google and typed Australian medical recruitment and migration agency,” he tells me.

As a seasoned border-crosser, it’s telling Paul threw the word migration into his search. He knew from the get-go he wanted someone to guide him through the maze of migration and registration processes.

I ask Paul how he felt when he received a call from one of our registration experts after he’d been offered the job. “I was like a blind kitten,” he says. “Registration with the General Medical Council in the UK is a much easier process than AHPRA here in Australia, so thankfully the team was very helpful and reassuring.”

Many doctors are daunted by the information pack and checklists we send them, but Paul found it extremely useful for keeping things on track. “I had lots of questions and they were always answered promptly,” he says.

Leave it to the experts

Paul was adamant he wanted to use a migration service such as the one offered by Wavelength because he understood how complex it can be moving from one country to another. However, he was particularly keen on assistance because his partner’s visa situation in the UK was far from straight forward. It was at this point that one of our migration experts took over.

“If my partner couldn’t make it, then the whole thing was off. I wouldn’t go without her,” he says “I was walked through all the options and in the end, it all went through smoothly.”

Paul’s partner is popular in our Wavelength Sydney office because she dropped by on the way through to deliver a cake she’d made as a thank you to the team. “It was the least we could do,” Paul tells me. “We’re so grateful.”

I ask how he would feel about finding a job himself and doing his own paperwork. “I just wouldn’t even try,” he says. “So many things can go wrong if you don’t know what you’re doing.”

I enjoy my chat with Paul but I can sense he is distracted. “Thanks for your time but I’ll let you go now,” I offer.

We say our goodbyes but not before he drops in the fact he’s currently scrambling over rocks to get to a deserted ocean beach near his home. “I just want to get in some after-work fishing before the sun goes down,”.

I suspect he needs both hands-free at this point.

Are you considering a move to Australia? Get in touch with our in-house Regulatory and Migration team to receive a confidential discussion and access their expert advice.