7 UK and Irish doctors reveal why they made the life-changing move...Imagine working in a medical practice near Bondi Beach, Sydney NSW Australia

Compared to the UK and Ireland, Australian-based Doctors are lucky to experience increased earning potential, broader scope and freedom of work and more workplace flexibility – all with a more relaxed lifestyle. Not only that, there’s an abundance of medical career opportunities right across Australia, from cosmopolitan cities and coastal towns to regional and remote areas - helping communities in need of Doctors.

For almost 20 years, Wavelength has assisted thousands of Doctors with their life-changing move to Australia. During this time, feedback about the move has been extremely positive with many of our Doctors reporting a renewed enthusiasm for their medical career.

So why is Australia so attractive as a career move?

Here’s what seven of our migrating Doctors have to say about taking a leap of faith, and relocating Down Under.

“We sold our two-up two-down in Gloucester and exchanged it for a berry farm in Tasmania,” she says. “Our new lifestyle is incomparable.”

In the UK, Dr Reed’s commute to Bristol was well over an hour on a good day. “From downtown Launceston to my farm is 20 minutes - you can add five minutes during rush hour.”

And once she’s at the hospital, Dr Reed says the quality of her work life has also improved considerably.

“Over here you own your own emergency department. You can make decisions autonomously and carry out procedures, such as intubations, without having to wait for an external anaesthetist to turn up,” she says.

“Overall it’s just so much less political than the NHS and morale is higher. Not only that, I work my 48 hours in four shifts and then I’m done, which gives me plenty of time for my family and other interests.”

British doctor Dr Sumana Chadalavada also made the move based on a desire to balance quality of life with quality of work. Situated just outside Newcastle in NSW, she finds there are more similarities than differences between the UK and Australian healthcare systems.

“It takes a while to feel at home with the Australian healthcare system but there’s so much support from the community of Doctors, administrators and medical centres to help guide you through. Day to day, I feel like I’m doing my best for my patients,” she explains.

Dr Rashid Safdar who started his life in Australia as an Emergency Medicine Registrar and is now working as a GP in Young, NSW agrees working conditions are similar but the support is so much better, especially for junior doctors.

“The Australian healthcare system is very similar to Ireland but unlike in Ireland, the Consultants here are much more easy-going and approachable. The support I’ve received has been great. And the doctor to patient ratio is higher here,” he says.

“I really love it here. The financial incentives and working conditions are good and you’re not just thrown in at the deep end. I’ve already received so much feedback, encouragement and advice.

“In Ireland, I used to work 36-hour shifts including full weekends. In Australia, the rosters are more balanced. Rather than work 60-70 hours a week, I’m now working 40-50 hours a week and I’m paid better.” 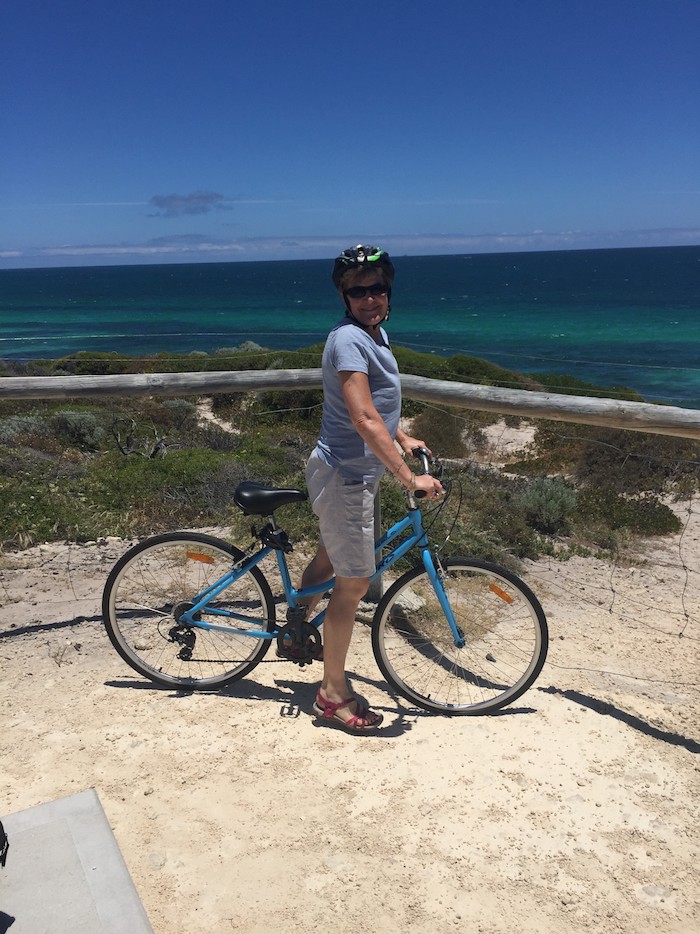 For Irish GP, Dr Therese O’Reilly who’s based in Perth, her working life is just a lot less stressful.

“It took me a while to learn the billing system but now there’s a lot less paperwork and a lot less stress,” Dr O'Reilly explains.

“There are so many more opportunities to do things in general practice here in Australia. Access to allied health, ultrasounds and testing, for example, is so much better, so you can achieve so much more in primary care than you can back in Ireland,” she adds.

With a better work-life balance, Wavelength’s Doctors make the most of being able to explore a new and vibrant country. British Doctor, Dr Lilli Nelson who works as an Emergency Medicine Senior House Officer in Adelaide, has wasted no time discovering the well-kept secrets of South Australia and beyond.

“I’ve had so much time to explore the region and have already visited Kangaroo Island, Fleurieu Peninsula, Yorke Peninsula and the beautiful wine country of the Barossa Valley. There’s so much to see and do here!” she says.

“I’ve also visited Sydney and Melbourne which are amazing cities, snorkelled on the Great Barrier Reef and toured the Great Ocean Road which is a must-do road trip for anyone moving to Australia. Western Australia, Tasmania and New Zealand are next on the list.”

So what advice would she give to a Doctor considering a move to Australia?

“Just do it! The experience of living abroad is wonderful and I have felt so very welcome here. There are so many job options but start early organising things like visas and AHPRA registration (equivalent to GMC) and definitely budget more money than you think you will need. You will more than earn this back, but initial start-up costs can be high,” she says. 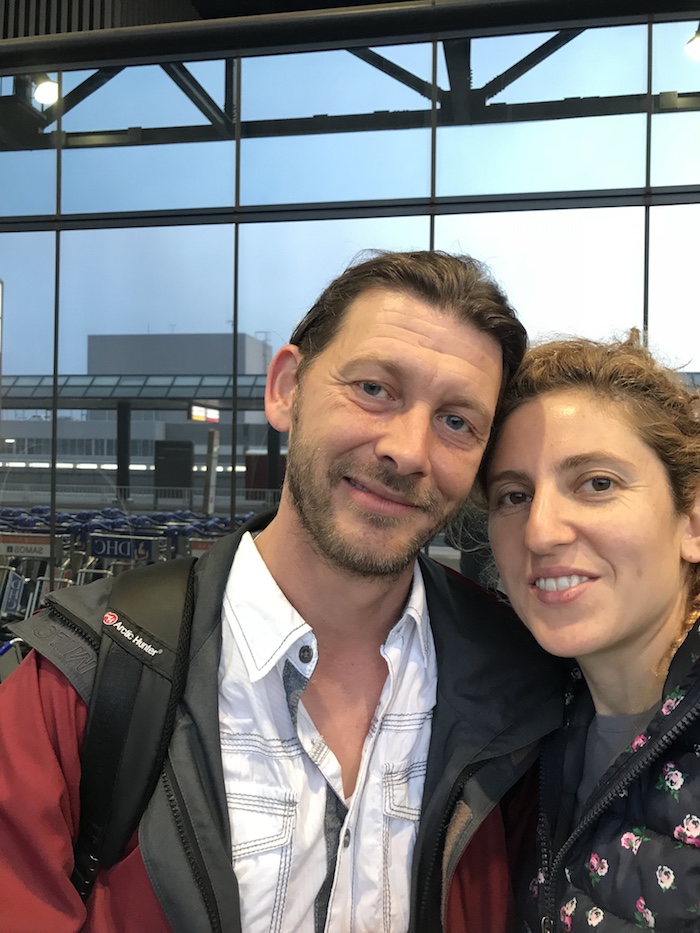 Dr Ilina Iordanova who now works as a ward RMO at Calvary John James Hospital in the ACT, is also loving her new home in Canberra.

“Canberra is the capital of Australia and has many iconic places, including Parliament House, ANZAC Parade, the Australian War Memorial, National Gallery and National Library. It’s a beautiful artificially designed city by a Chicago architect, built early last century. The walks around Lake Burley Griffin are amazing any season,” she says.

“Canberra is also a very cosmopolitan city with a rather diverse population, which is reflected in the variety of restaurants and cultural events throughout the year. It’s also a very green city, it’s near the Snowy Mountains and the highest peak in Australia, and it’s close to beautiful beaches near Batemans Bay,” she adds.

Another Wavelength Doctor who’s having the time of her life is British GP Dr Houda Ounnas, based in Bondi, Sydney. She explains how she found the migration process with Wavelength.

“The migration process is lengthy however Wavelength was brilliant and made it all really easy. The migration team made sure all my paperwork was in order and that my visa was lodged on time. I was well-guided and supported throughout the whole process and everything was super-efficient,” she says.

Now she’s here, she’s making the most of the relaxed Australian lifestyle.

“A typical workday for me at my Bondi practice is all about flexibility. It’s open from 7am-10pm which means I can manage my own day. I work an 8-hour quality shift while also being able to have a great work-life balance around that. I love it,” she says.

“Wavelength was so helpful and efficient from start to finish and I would highly recommend migrating with their help and support, which continued even after I had landed,” Dr Ounnas adds.

All our Doctors agreed that the lifestyle in Australia is definitely the main reason they choose to live and work here. We asked them to describe how the move has changed their lifestyle.

How has your lifestyle changed since living and working in Australia?

Don't hesitate! The Wavelength team are ready to have a confidential discussion with all Doctors considering work in Australia. We have jobs across Australia in all Medical Specialties and Seniorities/Grades, and our in-house Regulatory & Migration team has the experience to take you through the whole process and answer all your visa, college and AHPRA registration questions.

Are you curious about your career options in Australia? Register and we will be in touch for a confidential discussion.