How one dedicated Fred Hollows Surgeon is helping to Eliminate Trachoma 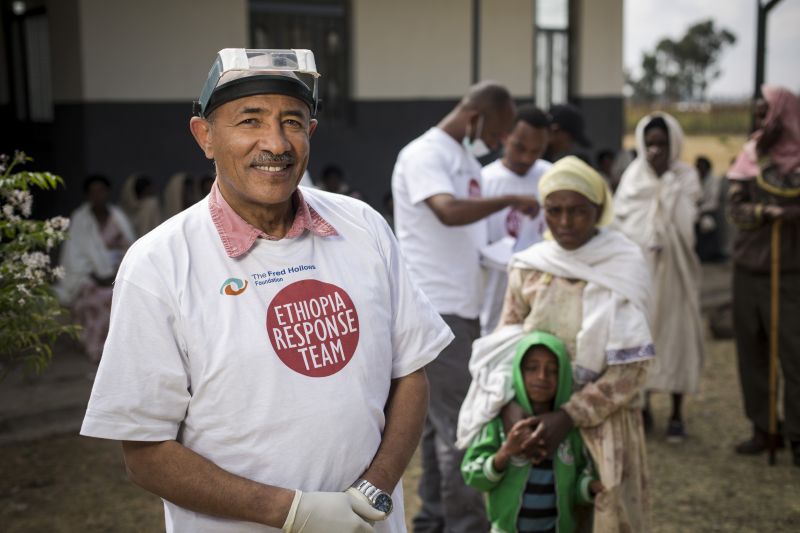 This morning I’m speaking to Dr Wondu Alemayehu, an eye surgeon based in Addis Ababa, to talk about his collaboration with The Fred Hollows Foundation on a project to eliminate trachoma from Oromia - a region of Ethiopia which, with a population of 34 million, is larger than many African nations.

I have to look up the country dialling code, which strikes me as odd. I generally know them all by heart after years of calling doctors around the world to talk to them about working in Australia.

As it turns out, being a doctor from Ethiopia does make you a rare species by global standards. Being an ophthalmologist puts you firmly on the endangered list. There are only 140 in the whole country - one eye surgeon for every 1.1 million Ethiopians.

A graduate of Addis Ababa University, Dr Wondu finished off his ophthalmology training in the 1980s with a stint at Johns Hopkins University in Baltimore, training in Public Health Ophthalmology, where he built valuable international networks. Later he encountered Orbis International, a New York based NGO that fitted out an old DC10 as a flying hospital to bring eye surgery to the developing world. When Orbis built its first ground-based operation in Ethiopia, Dr Wondu was appointed the first director.

A Man with Vision: From Cataracts to rachoma

I asked him how he came to know The Fred Hollows Foundation. His first encounter was during the 1990s while The Foundation was pioneering low cost cataract surgery work in Africa. “I was impressed with The Fred Hollows Foundations’ boldness and tireless effort. The organisation does not shy away from the biggest challenges,” he tells me. He was particularly impressed with their focus on results and pragmatic approach to building local capability.

“I was impressed with the Fred Hollows Foundations’ boldness and tireless effort. The organisation does not shy away from the biggest challenges.” Dr Wondu 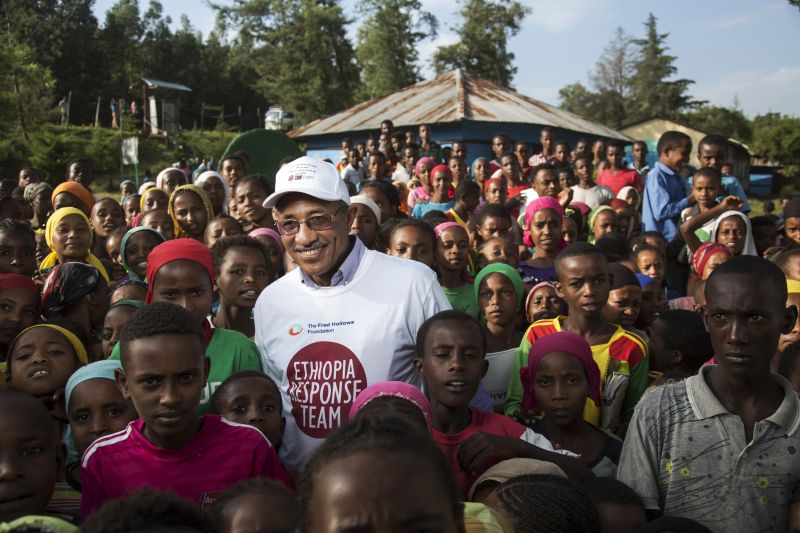 The respect was mutual, and when in 2012 The Foundation worked on a project to map the eye health situation in Ethiopia it was Dr Wondu who they partnered with. By then, cataracts were not deemed the major priority – it was trachoma, the world's leading infectious cause of blindness.

Worldwide, this chlamydial infection of the eye is estimated to have left up to 1.2 million people with this potentially blinding and painful disease. It is endemic in more than 42 countries worldwide, including Australia, and tragically often affects mothers who contract it from their children. It is devastating to individuals, households and communities, and yet it is entirely treatable.

The World Health Organisation set a target in 1998 to eliminate trachoma as a public health problem by 2020. No single approach works in isolation because of the multiple factors involved in reinfection. To tackle this, they developed a multi-pronged approach summed up by the acronym SAFE which stands for:

This approach has proven to be effective and several countries have since declared themselves disease free. Sadly, Ethiopia is not yet one of them. The sheer scale of trachoma across Ethiopia is daunting. As of 2015 there was a backlog of 150,000 cases needing urgent surgery in the Oromia Region alone. 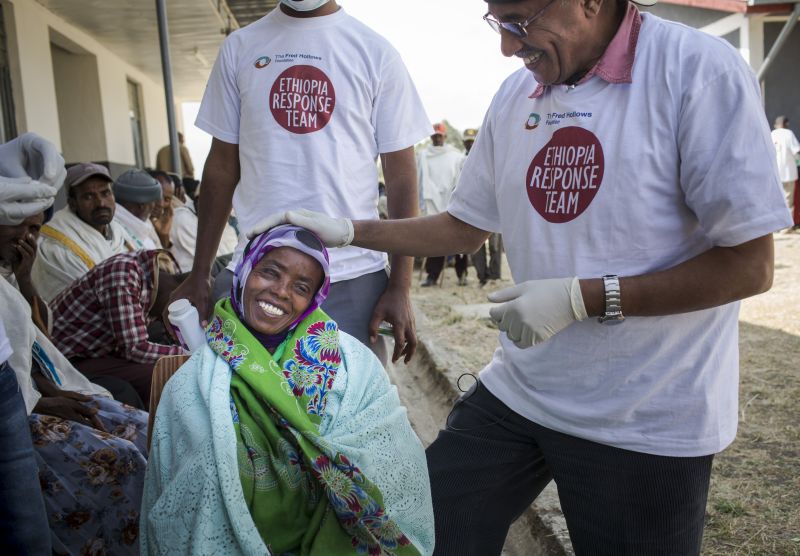 With such a stark shortage of trained ophthalmologists in the country it was clear that a resourceful approach was needed. Dr Wondu and his team developed a strategy in collaboration with The Foundation to tackle the problem by enabling local resources. The Ethiopian Ministry of Health contributed funds, despite trachoma being seen as a non-lethal condition (and by no means the only serious illness endemic to the country).

Using the WHO approach as a guide the achievements have been impressive. The numbers to date speak for themselves:

These are extraordinary results achieved under difficult circumstances. Still, total elimination by 2020 seems like an audacious goal. I ask Dr Wondu if he believes this is achievable. “Ah yes, this question comes up from time to time,” he says. He senses my scepticism. “We have committed to this extremely important goal and I remain very optimistic.”

With this statement, I understand how he has managed to achieve so much in his career. Without this attitude such a goal could never be attained. With focus and positivity, it remains a real possibility.

We even talk about what comes after trachoma, “There are many other causes of avoidable blindness in this country that need to be tackled.” It is clear that Dr Wondu is not one for resting on his laurels.

Finally, I want to understand what drives such passion in the man. “When you restore the sight of a mother, the smile that you see is most satisfying and heart warming,” he tells me. “It keeps you going.”

“When you restore the sight of a mother, the smile that you see is most satisfying and heart warming. It keeps you going.” Dr Wondu