Gearing up to ride west for mental health

RideWest is back, and this year Wavelength is throwing support behind rural generalist doctor, Dr Patrick Buxton, as he dons the lycra to cycle from Brisbane to Longreach in one very long ride to raise funds for the Royal Flying Doctor Service’s (RFDS) Wellbeing Out West (WOW) program.

There’s no doubt that this is a challenging event, and for some riders, like Dr Buxton, they’ll be riding distances longer than they’ve ever ridden before, with 200km+ days in the saddle. The ride starts in south-east Queensland, and travels through the Darling Downs, into the central west Queensland towns of Charleville, Augathella, Blackall and Barcaldine before rolling into Longreach eight days later.

It’s all to raise vital funds for the WOW program which over the last 12 years has raised over $1.4 million to provide free mental health education, one-on-one counselling and support to people living and working in remote and rural areas of Queensland.

Throughout his career, Dr Buxton has seen first-hand the inequality in health services experienced in rural areas, and like Wavelength, is absolutely committed to closing this gap in the regional communities such as those he will ride through. When asked about the challenge, here's what Patrick had to say: 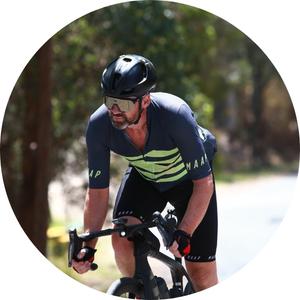 "The ride will be a huge personal challenge for me. But it is an adversary I get to choose, which is the fundamental difference compared to those we are supporting with mental health issues."

Wavelength founder Claire Ponsford says it was an easy decision to donate to the event and support Dr Buxton and RideWest. “We know that many Australians in rural and remote areas can’t access health services at the same level as their city counterparts and that services such as WOW, which is fully supported by funds raised by events such as this ride, can make all the difference,” Claire said.

“It’s all part of our ongoing commitment to supporting and improving community health in regional Australia.  Plus, we’re just a little bit in awe of the physical challenge Dr Buxton is taking on,” she added.

The route the riders will take travels straight to the heart of regional Queensland, and it is no surprise that the people who benefit from RideWest’s fundraising efforts and WOW’s services are also the ones who will so generously provide local hospitality, and make donations along the way.  But you don’t need to be there in person to contribute – donations can be made to Dr Buxton’s fundraising page, and as he makes his way on the ride from 22-29 April you can follow along via our Facebook page, Twitter account, LinkedIn page or on Instagram.

Experience the new look Wavelength with us

Learn about the big changes we've made in the digital space with the launch of our new-look website that will help us to better serve you in the online space. 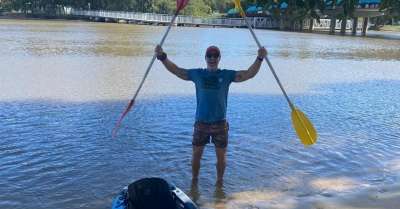 If you’re finding it hard in lockdown, we’ve got you covered. Here are the top 3 podcasts, books, TV shows and activities that are helping us get through this period.