When UK-based GP Dr Sachin Patel was looking for a career adventure back in the mid-00s, he contacted Wavelength and the rest, as they say, is history. Now a successful General Practice business coach and medical entrepreneur living in Melbourne, he talks to Wavelength co-founder Claire Ponsford about his practice expertise and how he’s transforming GP services within the aged care sector.

Good to catch up again after so many years. Can you first tell me how you decided to go into medicine and then become a GP?

I grew up in a small town in England where my parents owned a newsagency and we were very much part of the local community. It really felt like we were providing a valuable service. When it came to choosing what to do at university, my expectations were either law, accountancy or medicine. I chose medicine as I thought I’d be more useful to the world in this profession.

As I progressed through medical school with various specialty rotations, I thought General Practice would give me the same community feel I’d had as a kid. If you’re a GP in a small town you know everyone and everyone knows you. I really like that.

How did you end up in Australia?

I had been a GP in the UK for a couple of years before deciding I needed an adventure. Wavelength found me a role at the Churinga Medical Centre just outside Melbourne, so my wife and I decided to come out initially for 12 months to see how we liked it. The internal regulatory and migration team at Wavelength assisted with all aspects of our medical registration and visas, which made the process relatively painless.

When I joined my new practice, a doctor who had been there a long time left, so I inherited a lot of his patients. We were living near the centre of Melbourne, working half an hour away, and before we knew it a year had flown by.

When did you decide to start your own practice?

When I applied for my 457 visa, it was valid up to four years. After we'd been here a year, we thought we’d stay just a little bit longer. And then after 18 months and lots of soul-searching, my wife and I decided to make Australia home.

At this point, I was really keen to start my own business and open my own General Practice. A colleague of mine also wanted to start a business, so we became partners. We looked all over Melbourne and thought it would take at least a year for us to find the right place but it literally happened within a few months. By July 2010, we were open. We were excited and motivated, so we worked very hard to make it a success.

What were your initial challenges opening your own practice? How did you make it successful?

Growth was the biggest challenge for us initially. With only two partners and a part-time contractor, our books were full within a week. Recruitment was then the next big challenge. Thankfully we already had a decent reputation for being consultative, caring and honest so we quickly grew to over 20 GPs over two locations. Then, as we were growing fast, we had HR challenges to overcome. We quickly learnt you need to engage the right expert advice.

In a lot of respects, it was a really sharp learning curve, but we quickly earned a lot of recognition for doing right by the community. Our patients were grateful for our services and our approach. We were fortunate but we also worked extremely hard, putting in 80-90 hour weeks for two years to build our business. It didn’t happen by chance. We had a great team of GPs and all but one is still at the practice after we sold in 2016.

When did you decide to establish your coaching and mentoring business?

The death of a close cousin really made me reassess where I was going in life individually, as well as from a business perspective. I realised while I loved medicine, the bit I really loved was taking care of my colleagues in one way or another. Helping our GPs grow and enjoy everything about our practice was really rewarding.

You also launched two other businesses around the same time you sold your practices – Qoctor and Aged Care GP. How did these eventuate and are you still involved with these?

I’d always been interested in how to make healthcare more accessible to patients when they don't need to physically visit a doctor. So I launched the telehealth service Dr. Sicknote in 2015, cultivating partnerships with IT and pharmacy groups. Now known as Qoctor, the service is going from strength to strength, however, I’m no longer involved day-to-day.

The other area of healthcare that has always interested me is aged care and how older people just aren’t being looked after properly. This inspired my current venture Aged Care GP, a specialised general practice focused on the needs of residential care facilities. We’ve expanded from a team of three to over 70 by the end of the year since 2016. My role there is very much focused on leadership and innovation.

Do you still do any clinical work?

I do a little bit, enough to keep my skills up. I do a lot of medical administration, but my main focus is executive and business coaching for doctors and my leadership role at Aged Care GP. I split my time between the two.

What challenges are you seeing in the General Practice space here in Australia? What changes can you see on the horizon?

I think we're quite far behind in Australia from a technology perspective, but for me that presents both a challenge and an opportunity. We really need to harness the right technology and apply it to patients as well as doctors. When it comes to general practices specifically, the areas of revenue generation, recruitment and retention are continually problematic.

From a recruitment point of view, recent and rapid workforce changes over the last six to nine months are really making it harder to hire international medical graduates (IMGs). There's just an assumption that Australia has too many GPs. But what I hear from the people responsible for training our GPs of the future, is that the number of Australian trainees who want to do general practice has dropped sharply. So even though there's been a sharp constriction of IMG numbers coming in, something is going to have to change to avoid future skills shortages.

It’s been great to catch up, thanks so much for your time.

If you’re looking for the right GP role that ticks all your boxes, REGISTER today and we’ll be in touch for a confidential career discussion.

You can also browse our current medical job opportunities here.

Or if you are interested in learning more about Scale My Clinic, send us an email and we’ll be in touch: creativecareers@wave.com.au 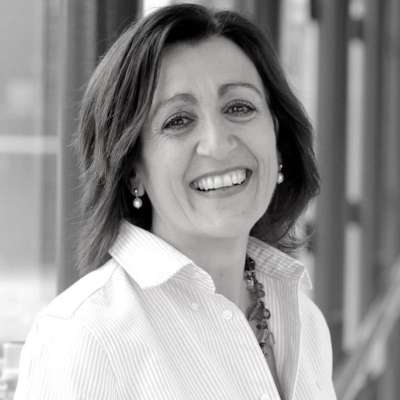 How to improve the wellbeing of your team and yourself

Rita Holland - Professional leadership coach at Capstan Partners talks about how to improve your wellbeing as well as your teams. 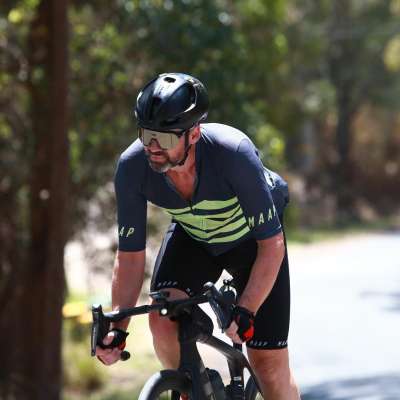 Gearing up to ride west for mental health

RideWest is back, and Wavelength is supporting Dr Patrick Buxton, as he dons the lycra to cycle from Brisbane to Longreach raising funds for the RFDS.